Samsung created a bang with the launch of Samsung Galaxy S8 in 2017. It was one of the greatest launches that have been ever brought to the world. And now, the same is expected from Samsung Galaxy S9. It would continue the same bang.

Samsung has been best in the smartphone market just because of its quality and innovations. Experts are expecting same with the company in the coming year. Let’s see what the key features are and release date of this flagship device.

Samsung has proved its way better in the case of Galaxy S series but has disappointed all its fans with the Note. We all remember the Note 7, how can one ever forget that; the device which was an unknown bomb on your pocket due to its heating problem. But anyhow, Samsung appreciated its fame again with the launch of Galaxy S8.

But it would be better than Samsung doesn’t launch Note anymore. Better would be if the company focuses on Galaxy S series more and make it more effective. It should work on the thickness or edges of the upcoming phone.

2018 will the year of 6GB RAM, True Octa-Core processor which has a high frequency of 2.5 GHz and a low frequency of 1.5 GHz. The fast charge 4.0 plus may also be seen. So, one can expect the same with the upcoming phone of Samsung.

Below mentioned are some expected specs from Galaxy S9:

Samsung Galaxy S9 will degrade the all other phones in 2018, whether it is iPhone or something else. But nobody knows about these companies. They have really an innovative and a clever mind. What if Apple launches iPhone 7 in rival to Galaxy S9? Anyhow, we will enjoy the battle and will prefer to buy the one which will win.

Although Samsung has kept really a tight-lipped about Galaxy S9 and rumors created some expectations from this upcoming device. So let’s move ahead what we have now.

The Samsung is expected to come with a screen size of 5.8 inches with a body which is a combination of metal and glass with Gorilla Glass 5 on the front as well as back side of the phone. Talking about the display, the phone is expected to hit the shelves with the 4K video quality panel. The display will have a resolution of 4096*1026 which will make the watching experience amazing. With 6GB of RAM and 2.5 GHz Octa-Core processor chipped in Snapdragon 845 processor from Qualcomm, the phone will get wings. It would not only boost the performance of the phone but will also escalate the efficiency.

Every year Samsung brings its new edition of Galaxy S series around Feb or March and its Note edition around August/September of the year. So the same will happen with the launch of Galaxy S9.

Samsung Galaxy S7 was launched on 11th March 2016 and Galaxy S8 was launched on 21st March 2016. However, the launch date of Galaxy S8 got a month late. If this not happened then the phone is expected to launch with the MWC 2018 event which mostly takes place at the end of February every year.

The Samsung Galaxy S9 is expected to solve all the problems which have been faced till now by the Galaxy S8 users. The Galaxy S8 lacks in speed, it will be solved in the Galaxy S9 as it will come with 6GB of RAM and octa-core processor with Snapdragon 845 in it. The next thing which people faced the problem with was the fingerprint sensor. Users didn’t like the idea of the company of moving the fingerprint sensor at the back of the phone. It is now expected from Galaxy S9 to come with a fingerprint scanner either beneath the display or embedded in the display. 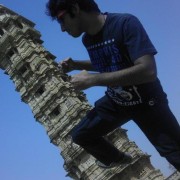